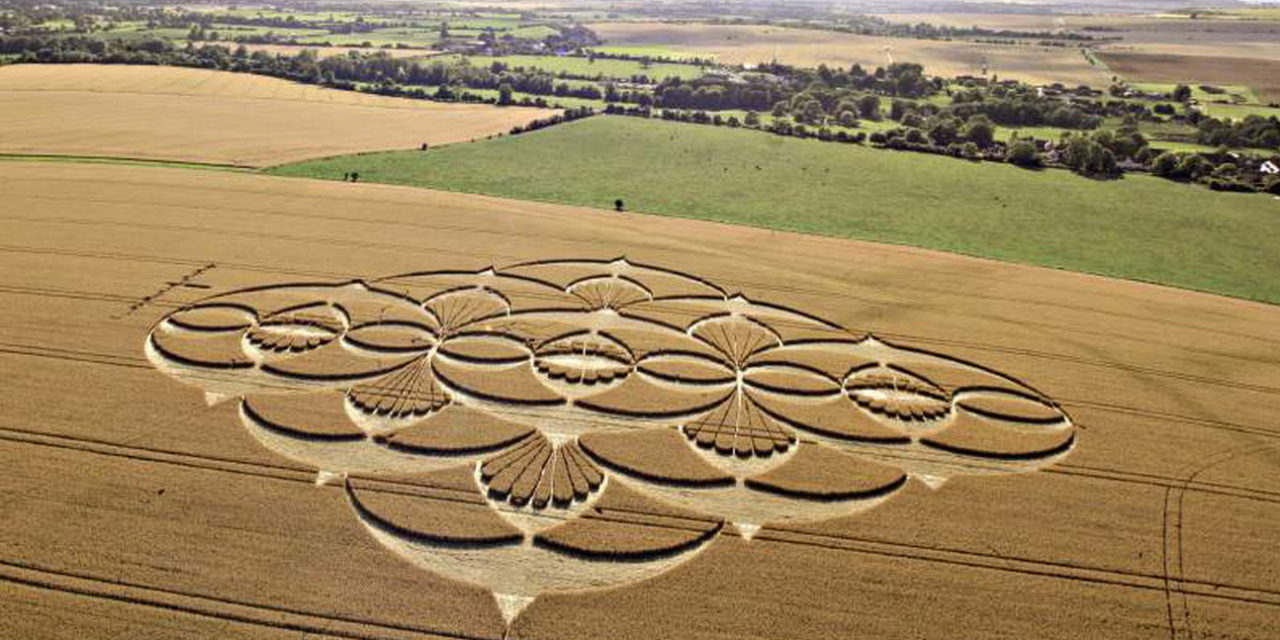 The Crop Circle phenomenon is still very little-known. All too many people still believe that these formations are man-made. This interpretation is certainly easier to accept for those who claim to be rational and are unconditional supporters of science.

Yet there is an example where several dozens of people did witness a crop circle in the process of being made. These people were out for an aimless stroll in the countryside. Their accounts all consistently relate that the designs were created within a few seconds (regardless of their size or their complexity), out of nowhere as if a huge invisible stamp had imprinted the design on the ground. These accounts that come from different people from different periods and different places (although the majority of them are from Wiltshire, England) are proofs among others of the non-human origin of crop circles.

Moreover, the pleasant symmetry of these designs as well as the amount of knowledge that can be deciphered in some of them clearly show that intelligences are at work. These observations alone show that crop circles are created in our material world by intelligent and invisible beings who are present in another dimension. Crop circles are interdimensional manifestations.

The number of people – several dozens – was mentioned in the book “Crop Circles – Signs of Contact” (1997) by Colin Andrews – pioneer in this domain of research – who lives in the Wiltshire region in England. Chances are that the number has increased since then.

A number of these accounts were cited in books by Lucy Pringle and Andreas Muller. They are also reported in the book « Crop circles – les clés du mystère » by Daniel Harran (p 41-42).