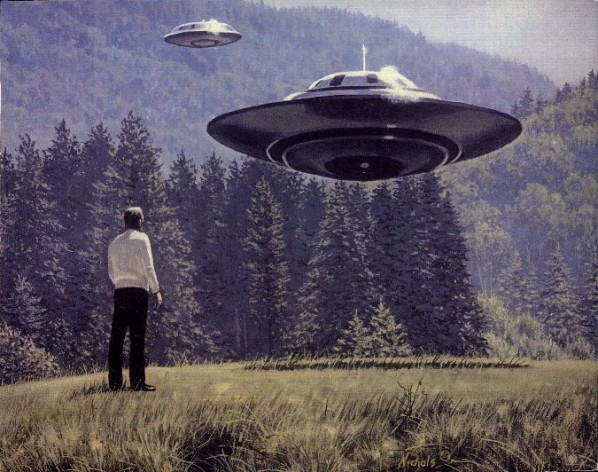 This is a question that often comes up in UFO circles, with the implication that this withholding of information by governments precludes from analyzing all the necessary data to understand the UFO phenomenon.

What is the state of affairs? 70 years later, UFOs are still unidentified:

The situation today is that, 70 years after the UFO file started to be examined (since 1947, in the United States in particular), the level of understanding of the subject has hardly progressed in UFO circles. The extraterrestrial hypothesis remains a hypothesis and in no way explains the behavior of UFOs, which transgress the laws of current science, so much so that the origin and nature of UFOs are still completely mysterious. This state of affairs can be considered incomprehensible, given the colossal means (financial and human) that have been invested on the subject, especially in the United States. This is why some people think that governments know more than they make believe.

Governments are silent about Ufos:

Do governments really keep information secret? The answer is definitely yes. Because they never express themselves about UFOs in any country, while they are concerned on the front line, as authorities in charge of security for one thing. Because the reality is indeed that flying objects of unknown origin cross the sky from time to time in all countries, without respecting the aviation regulations and therefore without respecting the safety rules.
The mere fact that governments never speak out about UFOs despite their responsibility, is indicative of an abnormal situation. But either they know what’s going on (even if they never speak about it) or they don’t know what is going on. But we have every reason to believe they don’t.

Open letters left unanswered in France:
In France, the COMETA report sent in 1999 to the President of the French Republic and to the Prime Minister never received a reply, nor did the open letter addressed to the President of the Republic in 2008, although among the signatories were very high- ranking military officers, concerned with national defence and security issues. This lack of response shows, to say the least, a reluctance on the part of the public authorities to speak out on the subject.

The drone issue in France:

Another very significant situation is the overflight of almost all nuclear power plants in France on multiple occasions between the end of 2014 and the beginning of 2015 by so-called «drones». No arrests were made despite the complaints filed and no photos of these «drones» were broadcast. it is clear to objective observers that these were UFOs that mocked the civil and military authorities. These overflights show in a spectacular manner that the authorities are overwhelmed by these events over which they have no control. That is why they would not speak out on the subject. Power plants like all other sensitive sites are and remain absolutely vulnerable to these mysterious intrusions and without any protection whatsoever.

The GEIPAN (Group for Study and Information on Unidentified Aerospace Phenomena) has never carried out a real study of the phenomenon. The CAIPAN symposium (Gathering and Analysis of Information on Unidentified Aerospace Phenomena), which was held in 2014, almost 40 years after the creation of the GEIPAN, and was headed by the CNES (Centre National d’Etudes Saptiales), did not lead to any constructive analysis, any conclusion or any concrete perspective. The brand image of these research organizations is consquently affected and this necessarily has an impact on the government. This is why this symposium was held very discreetly. This is further evidence that the authorities have no understanding of the nature and the origin of the UFO phenomenon.

There is no evidence that governments have secret answers:

Among those who criticize governments for hiding information, some think that, precisely because of the secret information they hold, it is possible that they have managed to figure out the real nature of UFOs and their origin, while keeping their conclusions secret.
This thought is not based on any evidence. We only need to remember the case of the «drones» over nuclear power plants, as well as the overflight of the Elysée (official residence of the President) in January 2015 by another so-called «drone», for which the investigation never got anywhere … This shows that the authorities have no control over this phenomenon, and their ignorance comes out into the open.

Is the silence of governments detrimental to understanding the UFO phenomenon?

In reality, and even if this is still little known to day, a coherent interpretation of the UFO phenomenon has been put forth, which demonstrates the terrestrial origin of this phenomenon, and its interdimensional nature. This means that, contrary to prevailing beliefs, the information accumulated in recent decades and publicly available, is perfectly adequate to understand the real nature and origin of UFOs, despite government impediments due to lack of public support. This study, published by Daniel Harran under the title «UFO, Crop Circles & IDIM», is in fact an extension of earlier studies that had not received the recognition they deserved.

The difficulty, the only but important one, is that this study requires questioning our vision of the world, which has become too exclusively materialistic. Based on multiple UFO observations, a logical and rational reasoning imposes the idea that if intelligent phenomena exist but do not obey the known laws of science, it means that these intelligences are present in a parallel plane, where the laws are different. This simple reasoning leads to the interdimensional nature of these phenomena, and clearly suggests that, as a result, an intelligent life exists in other dimensions, without having to resort to a possible extraterrestrial origin. This is a paradigm shift that is not easy to accept, but that will gradually gain ground among objective researchers.

In conclusion, everyone is responsible:

This means that it is useless to blame the governments who are themselves trapped in the materialistic vision of the world, for the rulers are far too preoccupied with the problems of power and stability, and are not prepared to be open to the interdimensional interpretation of the phenomenon. From the study mentioned above, each of us now has the means to become aware of the interdimensional character of UFOs, and to find the answers to the questions raised by this phenomenon.

The initial question of whether governments are hiding something from us is actually a way to avoid facing the situation; it is wanting to blame others for our own ignorance. Now everyone today has the possibility and the responsibility to access a more accurate understanding of the UFO phenomenon. This understanding requires us to free ourselves from the confines of the overly materialistic vision of the world, in order to open ourselves to a more global and spiritual vision.