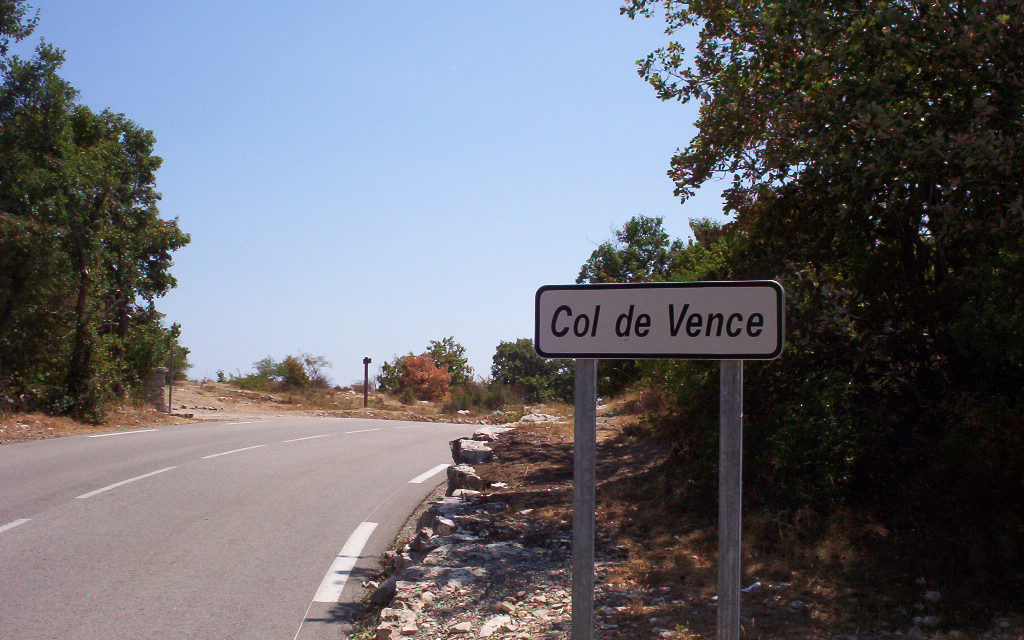 Mysterious stonefalls are among the most spectacular phenomena that some people have experienced at the Col de Vence (at an altitude of 1000 m above the city of Nice, France). Some very significant anecdotes have been published in the books “Les mystères du Col de Vence” (1) and “Les invisibles du Col de Vence” (2). They are analyzed in the book “UFOs, Crop Circles et MIDIM” (3), from which this article is taken.

This phenomenon happened in broad daylight. In July 1995, Patrick and Pierre were on their way back from the village of Saint – Bernabé on foot. As they were walking down the road, they started talking about the falling stones. Approaching the parking lot, Patrick instinctively turned around and as he watched dumbfounded, he saw a big stone on the road shoulder come up off of the ground. The stone flew in a parabolic pattern, passing over their heads to eventually crash on the road a few meters ahead of them. Because of the violence of the impact, the stone shattered into 3 pieces. This account is one of the rare manifestations of this type that could be witnessed from A to Z in the daytime in front of the astonished eyes of witnesses “(1).

On several occasions this group of friends from the Col de Vence association, familiar with this place, have had the feeling they were attacked with stones that fell around them (without them being hit), while they were walking at night on a quiet road. There was no nearby cliff that could have explained such rock falls. They observed that the projectiles did not follow curved trajectories as if they had been thrown by a person nearby, but fell vertically! Besides, the stones practically did not roll on the ground after the impact. It was impossible to see where they came from in the night. The pebbles were of different sizes, ranging from gravel to the size of a fist, and could sometimes reach the mass of several pounds.

It is worth noting that this phenomenon occurred in a given context: “the state of mind of those concerned was obviously not foreign to these phenomena. ” Many times, we were certain that the these rock falls occurred very timely, echoing a question or a statement made aloud, or even a fleeting thought “(1).

1- An invisible entity reveals its presence: At first sight these falling stones, and in particular this stone throw observed in broad daylight, “should not exist” because no visible or material cause can explain them. But if we accept the authenticity of the testimony and the reality of the facts and if we go by the principle that every event has a cause, this event implies that its cause comes from the invisible world. This reasoning obviously comes in opposition to scientific knowledge but science cannot provide any explanation.

2- Mental influence: The perfect synchronicity between the moment Patrick turned around and the moment the stone left the ground could not be pure coincidence. It shows either that Patrick had a remarkable intuition or that his brain received the thought prompting him to turn around, this thought having been emitted by another intelligence, that of the invisible entity at the origin of this event. There was therefore necessarily a mental influence, unconsciously perceived by Patrick, which allowed him to watch the stone’s trajectory all the way from the beginning through the end.

3- An invisible entity that sees us: Another logical consequence of this event is that the perfect synchronicity between the moment when Patrick turned around and the moment when the entity threw the stone, implies that this (invisible) entity could see the two friends. This means that the entity – and generally speaking, the entities of the invisible world – perfectly sees the material world, our world, while the converse is not true.

4- A demonstrative action: The question arises as to whether these stones were taken from the natural environment, from the ground, or they were materialized for the occasion. In this case, we have a clear answer: the stone already existed, it was taken from the ground and was thrown by the entity to attract attention and impress the two people present. The fact that it shattered on the ground confirms that it was a “real” stone, which the two men could take a close look at.

This experience is of great educational value, especially since it happened in broad daylight, which is unusual, so that people could be eye witnesses from start to finish. This reflects a special relationship between the invisible entity and the witnesses, a relationship made of respect and benevolence on the part of the entity that took the initiative, but it alsso reveals an educational desire to help us understand the processes at work.

5- A signature from nature spirits: What are the characteristics of the entity that manifested itself there:

These characteristics are those which traditions and spiritual science attribute to nature spirits, to elementals. In this anecdote, what we have is like a signature from these nature spirits. Let’s point out that, in this specific case, the elemental is respectful of human beings and seems to be driven by the desire to educate us, although nature beings usually have the reputation of being mischievous.

This anecdote, if we accept its authenticity, is proof of the existence of nature spirits. It invites us to forget the materialistic view of the world – which is too limited to account for certain observations – for a spiritual view, in which beings who live in parallel planes (and are invisible to us), can manifest themselves to us.

This article can be associated to the one entitled “The Impossible Reflection – The missing watch” (DIM category) of February 2018, which reports another astonishing observation made at the Col de Vence.