A pioneering space program unknown to the public! 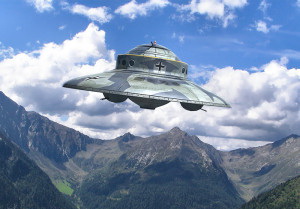 In these exceptional times that humanity is going through, associated to the effects of the Covid-19 virus, we are the daily targets of contradictory information and we must, more than ever, exercise sound judgement. The conditions are favorable to think, in peace, about the world in which we live. Now is the time to ask ourselves questions about a few topics that we never talk about, although they are essential for the evolution of humanity.

This article is the first in a series to cover some of these topics. They are subjected to great controversy as is the case for subjects marked by secrecy and disinformation. Through the revelations that will be made, our goal, as a seekers of truth, is not to convince but to approach the reality of our world. It will be up to everyone to make up their own minds on these questions.

The topic discussed in this article is generally totally ignored or considered a myth and associated with conspiracy theories. I believe that giving the “conspiracy theory” label to this kind of topic, is a very effective way to discredit and denigrate essential information, with a view to keeping it secret. We believe that distrust is an appropriate attitude to adopt in this situation. What if the reality of our world was different from what we are taught?

The importance of the subject of this article may seem secondary at first sight, but it will reveal itself later, when more revelations are gathered.

The story below was related directly to yours truly. On April 24, 2008, while I was giving a conference in Mulhouse on the theme of crop circles, someone in the audience wanted to share with me personally (as an aside) the testimony of a friend he knew well, who was old. This man, born in 1927, remembered that, at the beginning of the 1930s, relations on both sides of the border between Alsace and Germany were good, and every year a gathering took place, sometimes in Alsace, sometimes in the Black Forest.

He remembered that in 1934 (he was 7 years old at the time), during a gathering which took place place on the German side, a spectacular event occurred when a “new plane” (we did not know how to call this machine back then) approached the audience from the air. It was shaped like a flying disc and landed simply and quietly among them. An opening appeared on the machine, and a beautiful woman came out, wearing a tight-fitting jumpsuit. Then a man came out, dressed in the same type of jumpsuit. After some time spent in the audience, the two individuals got back into their “new plane,” which took off again silently as it rose into the air.

This testimony, which I carefully kept in writing, although I did not know what to do with it at the time seems to be evidence that the Germans mastered the spacecraft technology (or flying saucers), even before World War II. Even if this type of information has remained completely ignored thereafter up to now, I see no reason to question the sincerity of the testimony since it was unusable at the time it was given to me – no one knew about this German space program. At least no one was talking about it. Nowadays, other similar testimonies exist.

Furthermore, the fact that one of the pilots of the craft is described as a woman, and a beautiful woman at that, leads to make a connection with Maria Orsic, founder of the secret society of Vril in 1919, who happened to be a very beautiful woman. Some photos of her exist.

Maria Orsic is known to have channeled, as a medium, messages containing technical information that proved to be accurate enough to allow the construction of the first prototypes of spaceships, thanks to the skills of Winfried Otto Schumann, then director of the laboratory of electrophysics at the Technical University of Munich. Maria Orsic was the mainstay of Vril’s civilian space program from the start and for over 30 years, something the young boy behind this story could not have known. It is for this reason that the allusion to the fact that a lovely woman was the first to step out of the “new plane” can be taken as evidence of the authenticity of this account. Moreover, the year 1934 is indeed the year in which, according to other sources, the first flights of vessels were successful.

Interestingly, according to the story, the “new plane” arrived and left quietly. It was described as having the shape of a disc and landed in the middle of the audience. It didn’t need a runway to land or take-off. It was obviously propelled by a new technology, unknown in the scientific world. It was what we now call a flying saucer, a spaceship or a UFO

This public demonstration is exceptional and perhaps unique (at least it is the only one known, but very little known). It can be explained by the fact that, in 1934, it was the first successful tests of a civilian space program.