Relationship between chemtrails and UFOs 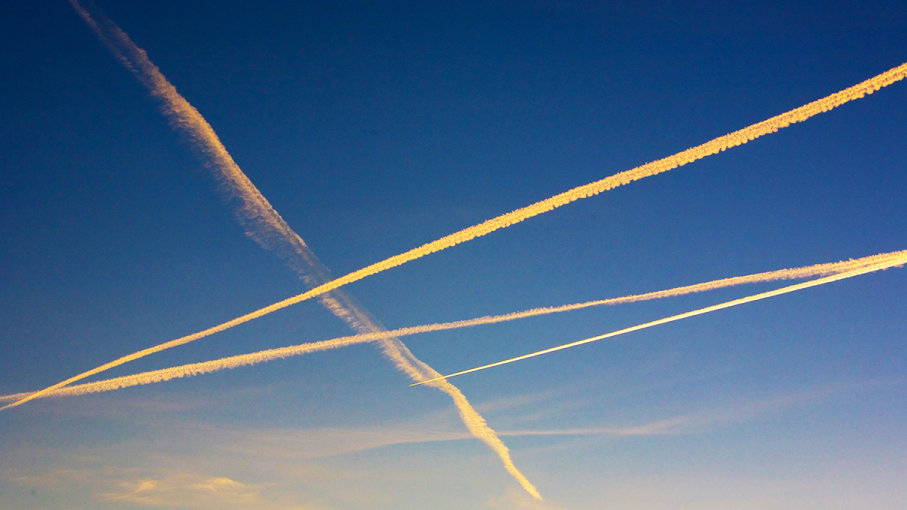 Following the articles showing the reality of chemtrails, the questions that come to mind are “who are the real instigators of chemtrails? “And” what is their real goal? These questions are hard to answer, but maybe not so much when we know that there is some analogy between the chemtrail phenomenon and the UFO phenomenon as a whole.
Indeed :

These seemingly irrational and incomprehensible attitudes reveal that “something must remain hidden” from the public, something vital for the intelligences behind these two phenomena. They show that governments are muzzled, silenced.

● – As a result, nothing serious is done in any country- officially – to analyze the reality of UFOs, despite relentless requests from the public and from a number of prominent figures, including senior officers.
– Likewise, no official study exists in any country to study the nature of chemtrails simply because, according to political authorities, they “do not exist”.

● An article published in recent years by researcher Fabrice Bonvin (1) clearly shows a connection between chemtrails and UFOs. Many observers have reported “spheres of light” or “light balls” near contrails, as if attracted by them, with movements that defy the laws of physics. This description explicitly refers to UFOs. According to Fabrice Bonvin, the presence of UFOs around these airplane trails confirm “that they are not just contrails, but something much more sinister. “He also adds that, brcause the study of the UFO phenomenon has shown that it has a close relationship with our environmental concerns,” it is very likely that these trails in the sky are harmful to the environment and to the health of living beings. “

This analogy with the UFO phenomenon leads us to consider that those really responsible for illegal aerial spraying (beyond airlines and air forces) may be those non-human entities that manifest themselves through the UFO phenomenon, and show us how poweful their current presence is in human society. This reflection obviously needs to be looked into more deeply. A proposed answer will be made in a book yet to be published.