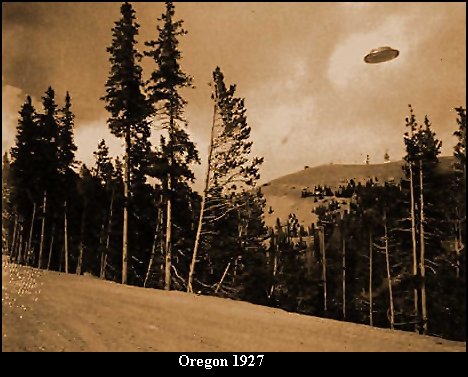 The kidnapping of Corporal Valdès in Chile in 1977 is among the best documented and well-known cases of kidnapping. The authenticity of the story is therefore indisputable. The objective of this article is to offer the most objective analysis possible, based on logical reasoning, on a rational approach , but not letting the limitations of current science and conditioned patterns of thinking – associated with the materialist view – influence us.

Corporal Valdès himself recounts: “On April 25, 1977, I was in charge of a patrol in the Andes, in northern Chile, with the mission of guarding a thousand horses and llamas. In the middle of the night we saw a large light descending rapidly on the hill in front of us… after a few seconds it grew wider, finally passing behind the hill. Then another light appeared in another direction, oval in shape
and about sixty feet in diameter, brighter in the center.

From that moment on, my men and I began to experience strange sensations. Cattle huddled around the elders of the herd, as they usually do when restless. They were all looking at the light, proving to me that they saw the phenomenon the same way we did. Also, the dog that was with us hid behind us, whimpering and staring into the light.

Then it was like a force that pushed me to walk towards that light. From that point on, I can’t remember

anything. The next day my men told me what happened. They said I disappeared from sight, only to reappear a quarter of an hour later in the same spot. I looked weird, I said inconsistent things, with fits of hysteria. When I regained consciousness, I felt a great fatigue and pain in my kidneys, as if I had made big efforts. My nerves were about to leave me completely. Also, I had a beard that was several days old, even though I had shaved the day before. The odd thing is that my men weren’t showing any of these signs. They had only experienced a nervous shock and were worried about me. But they were surprised to notice that my watch had stopped at 4:30 am, the exact time of my “reappearance” and more importantly that the date on my watch indicated April 30, meaning it was 5 days ahead.

Summary of this analysis

A simple and logical reasoning led us to describe this kidnapping case as follows: Corporal Valdès was transported for a time to another space-time (or in a parallel plane), in which time passes differently and where matter is in a more subtle state and is invisible to us, this transformation being reversible. This dimensional change was controlled by non-human intelligences linked to the UFO who, through this experience, wanted to convey a message to man. The question then is: what is the nature of these non-human intelligences.

This analysis is an excerpt from a book in progress on human abductions into UFOs.