The Impossible Reflection – The Missing Watch 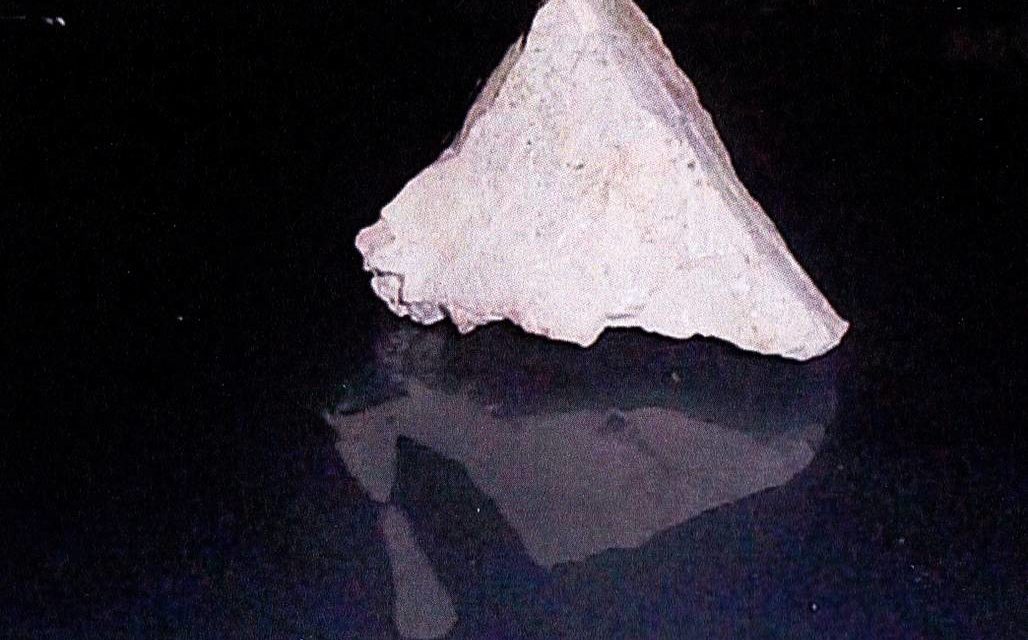 The following observation is derived from the book “Les mystères du Col de Vence” (1), and was analyzed in the book “OVNIs, crop circles & MIDIM” (2).

A stone from nowhere:

A group of friends passionate about the mysteries of the Col de Vence (on the heights of Nice, France) had just made a night watch there. Returning to their car, they first discovered a triangular-shaped stone on the hood of the car, which they had not laid themselves and which could not have fallen by itself (the place was absolutely deserted)… This alone was extraordinary because it represented an incomprehensible case of materialization (or displacement from the ground), but it is not a unique case of materialization at the Col de Vence (see the two references cited).

An image that defies the laws of science.

As a precaution, they thought they would photograph the object before touching it. And that’s when a second extraordinary thing occurred : the image taken, which they immediately checked on the screen of their camera, revealed an “impossible” detail. The photograph was taken using the flash but the reflection of the stone on the hood did not match with the object! Even if at first glance the reflection seems to conform to the contours of the stone, in reality two conical shapes (opposed to each other) appear to be joined, added to the reflection of the stone! In other words: while most of the stone’s reflection conforms to the laws of optical reflection, these conical shapes do not obey these laws, and their presence has no scientific explanation. In addition, these two conical shapes do not touch each other, which is even more unrealistic.

What then is the origin of this “anomaly”?

What then is the origin of this “anomaly”?

The entity that manifested itself there is:

Even if the people of our modern time are too heavily influenced by the materialist vision of the world and have forgotten the existence of these beings (or regard them as the figment of human imagination), because they usually do not interfere with our material world. The reality of this anecdote – if we accept its authenticity – is concrete proof of the existence of nature spirits. This reality requires moving away from the materialist view of the world which is too limited, and favor a more spiritual vision, in which beings live in invisible parallel planes.

The author of this article has personally and repeatedly observed similar events so the authenticity of this anecdote is beyond doubt.

DISAPPEARANCE OF A WATCH:

Another anecdote, personally experienced. One day F., who was sitting at her desk, noticed that she no longer had her watch on her wrist. Surprise! because she remembered reading the time on her watch shortly before. The surprise was accentuated by the fact that the metal strap of the watch included a security device which prevented it from falling off. You had to undo this security device and then slide the strap on your hand to remove the watch. F. looks on her desk, on the floor, searches all over the house: no watch! After a while she moved on to something else.

Then a little later that evening, as she came back to sit at her desk, she realized that her right foot was touching something on the floor. Surprise: her watch was there on the floor, to her right. The watch could not have fallen off on its own for the reason explained above, and because she always wears it on her left wrist.

Everything leads us to believe – even if this is contrary to the laws of science and therefore “impossible” to believe – that the watch was “dematerialized” to make it disappear from F.’s wrist and thus attract her attention, and then “rematerialized” on the floor at her desk, so as to attract her eye again.

What is the origin of this temporary disappearance?

We can then recap the question of the origin of the disappearance of the watch, by acknowledging that the author is an invisible, intelligent being, who has power over matter so that it can dematerialize an object and rematerialize it a little later in another place, and who has a very assertive facetious character. Here again we have the signature of a nature spirit. This anecdote has a great educational value. The nature spirit that manifested itself showed a benevolent intention in proving its presence even though it remained invisible to us.

Such anecdotes are not uncommon. What is uncommon however is being attentive enough to become aware of them and more importantly to share them in writing. But temporary disappearances of objects (of keys for example) have been observed by many people. It is important to be attentive to this phenomenon and to analyze it with an open mind, without getting trapped in narrow beliefs. It is the invisible world that contacts the people concerned in order to help them awaken to the realities of this world.