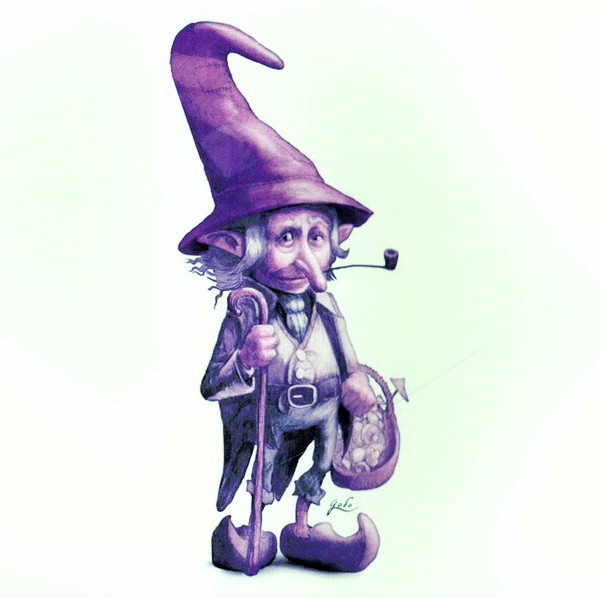 This study has come to the conclusion that most mysterious phenomena (UFOs or crop circles) are manifestations from nature beings. But for a lot of people today, the primary problem they run up against in trying to accept this is that they do not believe in the existence of these beings. Even if they are told that these beings were once well-known and respected by the people of the bygone days or that the Islamic religion refers to them extensively (the Jinns) or that small children and clairvoyants can perceive them directly, all of this remains vague imaginings to them and they will not have any of it.

Yet, other reliable testimonies prove that these beings do exist and even in our time. Indeed, in this 21st century in certain regions of Sub-Saharan Africa – partly protected from the influence of the Western civilization – the indigenous culture knows about the existence of beings looking like small men who usually are invisible and who live in a world other than ours.

On this subject, two recent books are worth mentioning because they were written by two men who have personally met with such beings. The first book is entitled “The Healing Wisdom of Africa” by Malidoma Patrice Somé. This author was initiated by the elders of his village to the still living traditions and later received higher education from French and American prestigious universities. This dual education allowed him to bridge the gap between the African traditional culture and the Western modern culture. Such a bridge is extremely precious. The second book is “Rencontres avec des Etres d’un Autre Monde” by Maen (Encounters with People from Another World). Maen is French and he is probably the first Westerner who, thanks to his friendly relationship with a traditional healer, could personally encounter such beings on several occasions.

These beings are described as very intelligent and powerful beings living in a dimension close to ours. They are small beings similar to those called elves in western mythology. These authors recount how they were able to physically meet them in caves. They could touch them, exchange objects and even speak with them. This seems beyond belief but these testimonies are genuine. The description of these beings makes a direct connection with the beings named nature beings in the western world.

These indigenous peoples of Africa have developed – since ancient times – contact with and knowledge of “these beings from another world”, thanks to their way of life involving an intimate relation with nature. In western countries, the development of the technological and materialist society caused human beings to lose their ability to perceive these beings, to lose contact with them and to eventually forget their existence. In fact, this knowledge is also common in Asia and probably in other regions of the world, among the peoples who were able to maintain a close connection to nature–peoples who are still relatively shielded from western influence.

Whether they can be perceived or not, these beings living in another dimension are just as present now as they used to be. In Sub-Saharan Africa, where these beings are recognized and respected, they come to the aid of human beings through traditional healers in particular– with whom they have frequent contacts.

In other regions of the world, they keep sending signals of their existence to people who ignore them. Depending upon the country or region, they manifest themselves in different forms because they are very independent of each other.