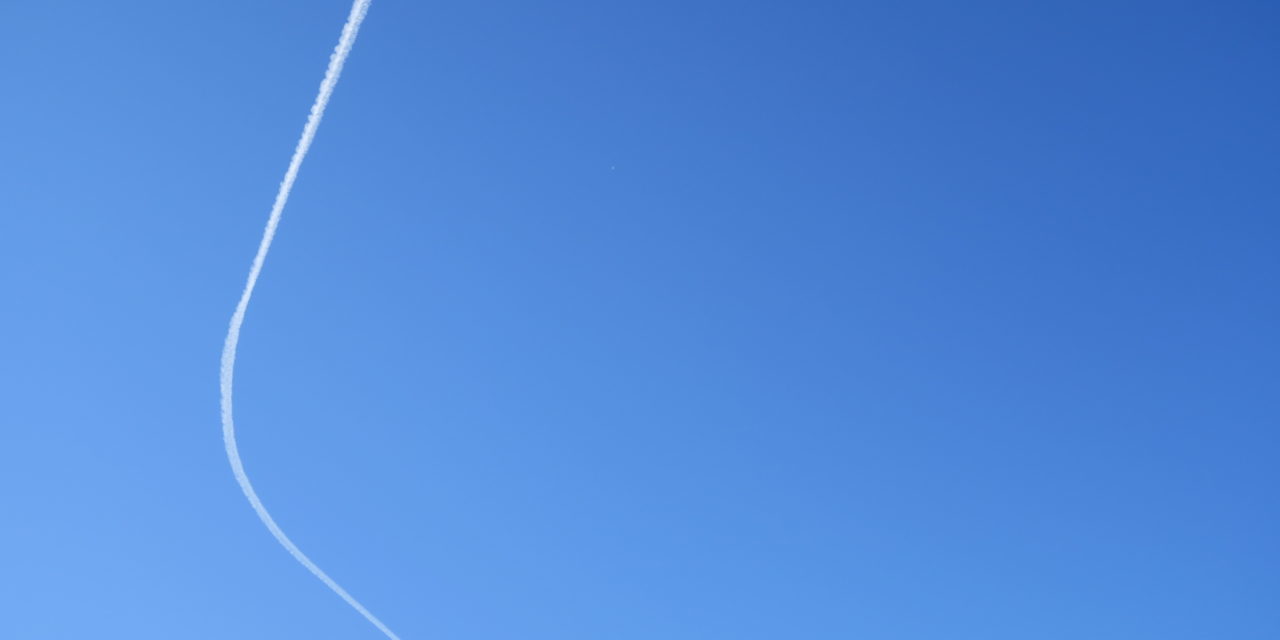 While I was hiking in the Pyrenees, I observed the strange movements of airplanes above me, those planes that leave behind long and persistent trails, what we call chemtrails.
It was south of Pau (on the French side of the Pyrenees), underneath an air corridor where airliners head south, towards Spain. The weather was clear and the atmosphere calm (no wind, except a little on the ridges).

Comparison between chemtrails and contrails:

During my observation, I saw that all the planes were indeed going in the same direction, towards South/South West, their trajectories were indeed parallel. The vast majority of them produced low-density, short, ephemeral trails attributed to water vapor condensation. The trails were thin and lasted a few seconds. They were approximately half a mile long (evaluation based on the apparent size of the planes).

But some planes were different in that their long dense trails widened and lasted for at least an hour, they were long enough to go out of my field of observation.

As the humidity of the air necessarily varies gradually, the lack of continuity between the two types of trails means that they can’t possibly be of same nature. Persistent trails are therefore not created by condensed water vapor. They are made up of products other than water. These are chemical trails. The conclusion of this reasoning is indisputable.

Chemtrails do not cross borders!

I was really stunned when I noticed that chemtrail planes, and only they, were deviating from their route as they approached the Franco-Spanish border. As shown in the first photo and the one below (more expressive), these planes left the air corridor to head west, parallel to the Pyrenees and the border ridge, keeping a distance of ten miles from the border, until I lost sight of them.

This change of direction, which I was able to observe in the same place on several planes, means that these planes are not airliners (and that day I did not see any chemtrail aircraft proceeding any other way). They must be military planes. On the photo above, bottom left, we have another chemical trail, older, quite widened, parallel to the Pyrenees and parallel to the direction of the planes after they turned; The trail moved with the high winds but without deforming – this being an additional indication that the atmosphere was relatively clam.

What could these maneuvers mean?