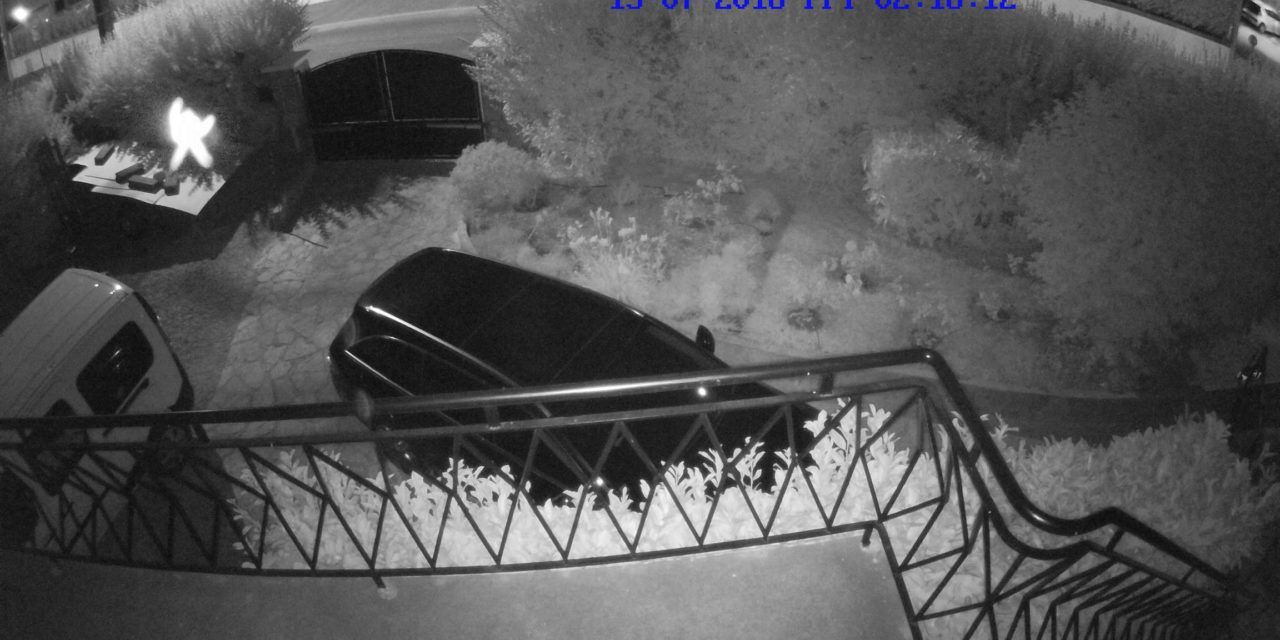 It may happen that surveillance cameras installed in homes reveal mysterious presences. A case of this nature was analyzed in the September 2020 article “Nocturnal presence in homes: IDIM”, where presences were observed inside a house, attributed to a wandering human soul.
In this article, a presence was spotted outside a house and was revealed by the movement and the change of shape of a luminous object.

The photo was taken by an infrared motion-activated camera that takes one photo per second in black and white. A series of approximately thirty photos was taken one night around two O’clock in the morning, without flash. In each of these photos, we see a luminous object moving while changing shape in an environment made up of a balcony in the foreground and two parked cars and a hedge that separates the garden from the street.

An analysis similar to that of the September 2020 article did not come to the same conclusion.

The behavior of this object does not make any sense and does not seem to belong in our world. It has to belong to a parallel world. We can then consider it as an entity from the elementary world, this intermediate world between the etheric world and the material world. Indeed, according to spiritual knowledge, only beings who are in the elementary world can manifest themselves in matter – here in photographs by the emission of infrared radiation.

This elemental world is occupied by elemental beings – nature beings – but also by human souls known as wandering souls, those who have remained attached to the material world after the death of their physical body. These souls did not realize that their physical body was dead and that they had a journey to do in the astral plane and then in the spiritual world. So they remain attached to the place they were “during their lifetime” and may wander around for a long time. These wandering souls can be seen as ghosts. Some people (ferrymen) know how to help them to free themselves from their attachment to the physical world so they can continue their journey in the astral world.

The question that arises about these photos is whether this entity is an elemental being or a wandering human soul. In this second hypothesis, the soul would not manifest itself only once (through this series of photos) but repeatedly through gleams and / or noises, as in the case reported in the article of September 2020. It was the first time in this particular case that the owner of the house observed such a phenomenon. The camera was installed a year before the event. Although this house was occupied by his grandparents and then by his parents before he lived there himself, the current owner has never observed any other paranormal activity neither outside nor inside the house.

It is therefore likely that this manifestation was that of an elemental being. We know that these beings have no form of their own and can take on any form they like. These photographs represent a form of interdimensional manifestation (an IDIM). The question of “why” this manifestation occurred should be asked but here we can only note that an entity was there, present in a parallel world close to our material world.

Thanks to Bruno for sharing these very informative photographs.