Even more astonishing than the orbs! 1st article 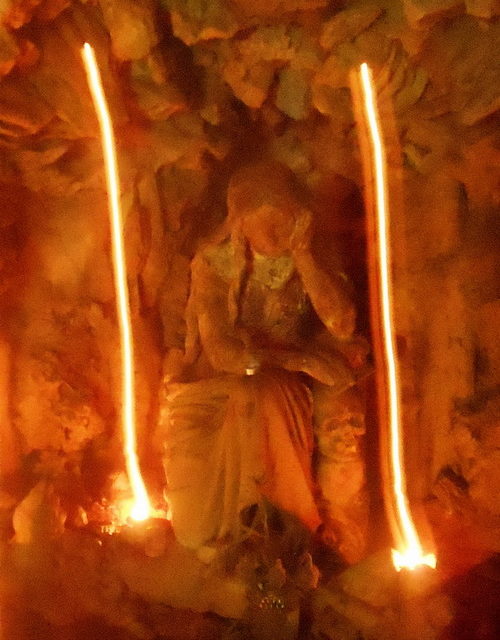 Over the past few decades, photographs have occasionally revealed invisible presences manifested in what are called “orbs”. They are most often white discs superimposed on the object photographed. These orbs can be colored, and sometimes show an internal structure. See the analysis in the April 2018 article on this blog.

This process is proof that a non-human intelligence, present in the back of the cave or here in this chamber, decided to manifest itself to the photographer. According to the interpretation developed in this analysis, only elemental beings have the capacity to act in this way on light, just as they have the ability to act on matter.
Thanks to Véronique Ferrand for sharing her photos, photos of great educational value (http://fleursdeverobis.canalblog.com/).