Materialization of a stone! 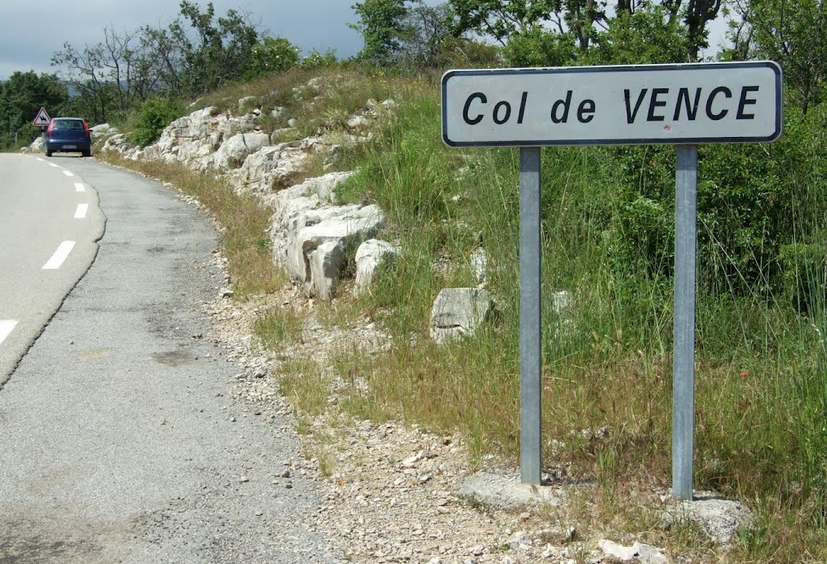 The present account is one of the “unbelievable but true” events that took place at Col de Vence (in the surrounding hills of Nice, France), related in the book “Les Mystères du Col de Vence” (1) and analyzed in the book ““Ovnis, crop circles & MIDIM – phénomènes mystérieux élucidés ». It completes and adds to the following accounts also related to the mysterious phenomena at Col de Vence, on this blog: “Mysterious falling stones” ; Dematerialization/Rematerialization of dogs! and “The Impossible Reflection”

All of these articles about true experiences seek to raise awareness about the existence of beings that are invisible to us, beings present in a parallel plane or in a subtle dimension. These beings may interact with us and are capable of intervening in our material world. They are called “nature spirits” or “elementals”.

“Winter 1997. A small group of friends from “col devence.com” got together to spend the evening at Col de Vence. At about 11 pm, Patrick gets into his car with 3 other people. He turns on the ignition and switches on the headlights. At this very moment, he notices something weird on the left windshield wiper—something that looked like shadow play against the background lit by the car headlamps. He cries out, which gets his friends’ attention. They can’t believe what they all are watching. The phenomenon is unbelievable: something of an undefinable aspect changing forms, opening out like a flower blooming or crumpled balls of Kraft paper just let loose, eventually morphing into a stone! All four friends jumped out of the vehicle and watched the strange thing up close. They confirmed it was something mineral, light brown, and in all aspects identical to the other stones around. This experience is unique among the long list of oddities reported at Col de Vence.

If we take this incredible event for real – nothing in particular is likely to question it considering the numerous other events that took place at this location – what conclusions should be drawn from this incident?

1- An invisible entity manifests itself: As in the previous account, this event – that can be described as extraordinary and that took place before witnesses’ eyes is not natural (in the proper sense of the term) – Some intelligence or an intelligent being intervened and manifested itself by manipulating matter. The sequence of events leaves no room for chance: The event occurred as soon as all four friends were in the car, headlights switched on. This suggests that this intelligent invisible entity was perfectly capable of seeing the foursome although the other way around was not possible. The entity set out to reveal its presence and show the four friends what it was capable of through its mastery of matter: It could condense matter from “nothing”. In order to do so, it picked the most timely moment so its intervention could be seen and therefore shake up the group. The synchronicity of the events clearly shows the entity’s intended to get the witnesses’ attention.

2- This event is a demonstration in and of itself: It is a related addition to the experience recounted in the November 2019 article (“Mysterious Falling Stones”). In that article, an invisible entity picked up a stone on the ground and threw it over the heads of the group of friends; In the above article the entity manifests itself by showing that it has the power to materialize a stone i.e. a dense material object. The account mentions that the stone is apparently perfectly identical to any other stone around”. It is therefore a material object that has a weight which was materialized within a few seconds “from nothing” and before witnesses at that. Neither sound nor light was emitted during this process.

The narrative states that the stone “opened out”. This means it gradually went through several stages: from gravel, to a small pebble, and then to a stone. The four friends did indeed witness a process of matter created “from nothing”. Doesn’t this say a lot about the entity’s capabilities?

3- A pedagogical purpose: Just like in the other events previously mentioned that took place at Col de Vence, this exceptional event which occurred before four witnesses, here again, has a very significant pedagogical implication. The demonstration was carried out under the best possible conditions. It happened at night so that everyone could observe it. It suggests that there was an explicit intention on the part of the entity present on the site to help humans in their clumsy endeavor to figure out these mysterious phenomena; humans who find it so hard to accept the concept of parallel planes on Earth, inhabited by intelligent beings.

Even if this demonstration is different from the ones previously cited, several common factors tend to support the idea that it is the same entity or at least the same type of entity which is at work. In both cases,they are intelligent and invisible entities addressing the same people (from the same team) at the same location with the same objective to demonstrate/exhibit their power. Here too, everything suggests that these entities are elementals who, through this exceptional staging, manifested themselves in a benevolent way.