The famous video of Oliver’s Castle 1996: a fake relatively reflective of reality 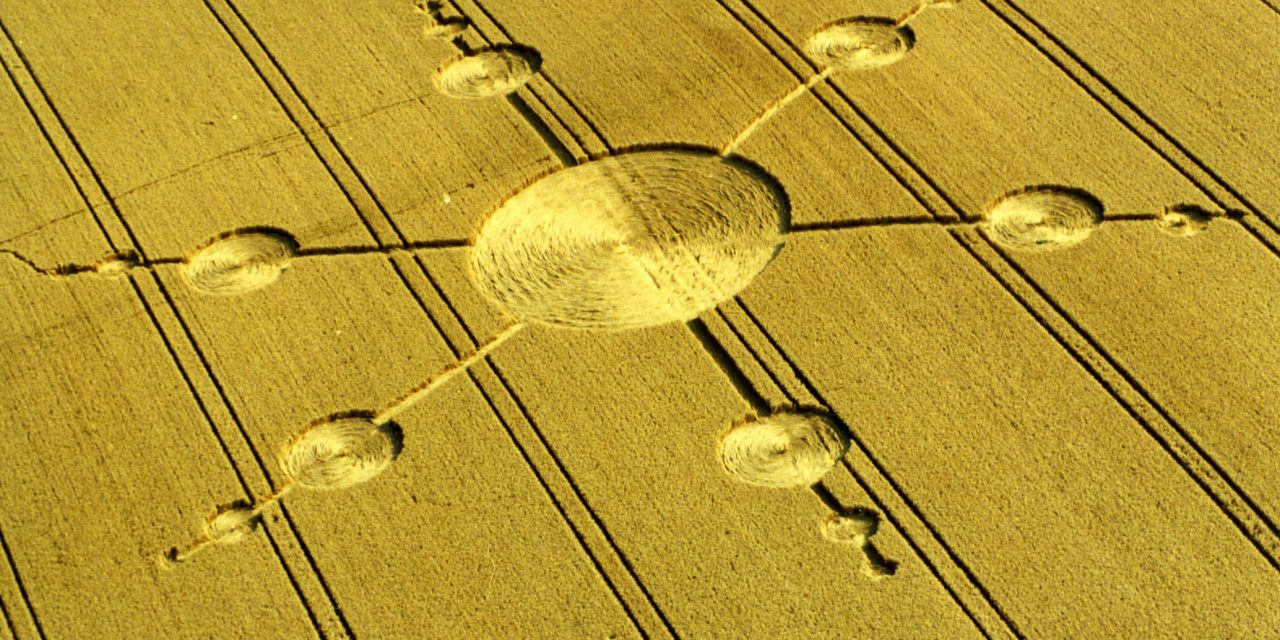 The video film that supposedly shows the formation of the crop circle that appeared on August 10, 1996 at Oliver’s Castle (Wiltshire) has been written about extensively for more than 20 years. It is very spectacular because it shows a crop circle forming in a few seconds, while several balls of light make circular movements a few feet above the wheat field.

The author supposedly stayed up all night hoping to capture a crop circle forming in the field from the top of a hill. In the early morning, he was alerted by an unusual sound and he activated his camera. Hence the recording which has since been widely broadcast on the Internet (https://www.youtube.com/watch?v=jMeRd5EdBwE). But this video turned out to be a hoax, for several reasons.

These three remarks indicate that the film has been touched up.

Let’s not forget that, according to the interpretation developed here, nature beings from another dimension are the originators of crop circles. These beings are present in a subtle plane, and they can see us, even if the reverse is not true. It’s a game for them to thwart the plans we make because to these beings, we are ignorant.

This is why the video film of Oliver’s Castle 1996 is relatively faithful to reality and it is not wrong to say that crop circles are made by balls of light, as geobiologist Stéphane Cardinaux wrote. Although this statement only partially answers the question of the origin of crop circles and lacks precision, it is still consistent with the interpretation involving nature beings. This is why the video is still interesting, despite the fact that it is a fake.

The numerous testimonies of people who had the chance to witness the creation of a crop circle live, show however that their authors do not need to manifest themselves in the form of balls of light while achieving their works .