The Moon IS inhabited ! 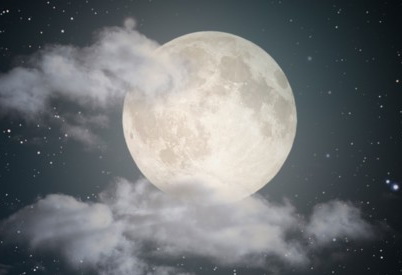 In his book « Somebody Else Is On The Moon » George Leonard claims that he studied and analyzed thousands of the best quality photographs taken by NASA, a number of which reveal things that are fantastic. From these observations, he pinned down obvious anomalies and the most convincing cases of technological activity which makes evident the presence of intelligent beings on the Moon.

Results of the analysis of pictures taken

From two pictures of the same spot taken two days apart in the King crater area, he noticed to his surprise, something looking like a geyser in one – powerful and impressive – and nothing in the other. This geyser spouted out of a small crater to fall back down out of the crater. This alone was evidence of a significant non-natural activity. But there was more to it. In the first picture taken two days before the second one, the geyser did not appear but after closer scrutiny, he could make out a huge mecanical machine, the type he had seen many times in the past in different pictures. This mecanical monster was located on the internal side of the crater, exactly where the geyser was to spout up two days later.

From this particular observation and also from many others that he took of mecanical monsters, George Leonard could associate those huge machines with excavation works, site grading with material compacting and ejection. To be detectable in pictures, these machines had to be gigantic. Leonard did some math and came to a size 40 times bigger than what could possibly be designed on Earth. Let’s keep in mind that gravity is six times weaker on the Moon and things will weigh only 16.6 % (≈ 1/6) of what they weigh on the Earth.

One of the most extraordinary configurations visible on the Moon is that of narrow towers reaching 1000 m and up to 1 500 m. These towers are vertical and straight and more amazing yet, they usually are erected on a crest or a mountain ridge. They are always found on highest elevation points. Scientist Farouk El Baz – who trained the group of astronauts in geology and sat on the Lunar Mission Study Committee at the time of Apollo – confirmed this finding when he himself declared : There are towers on the Moon that are taller than the highest erection on Earth ». Their shadows may stretch for miles. But no lunar vessel has ever « landed » near any of them to take pictures. A number of dome -shaped constructions have also been spotted on plateaus.

According to George Leonard, proofs of the presence of moving objects and various infrastructures on the surface of the Moon are aboundant and convincing. Flashes of light and gas clouds – known for a long time, provide confirmation that the Moon is occupied. We know for certain that the Moon is inhabited. Then the question that comes to mind is « what did the astronauts who walked on the moon see ? »

The recordings of the astronauts’ conversations tell us that they continually expressed surprise and admiration at the sight of what they were discovering on the Moon. But these selected passages were blacked out in the official recordings. Neil Armstrong and Buzz Aldrin were the very first astronauts to set foot on the Moon. It happened on the 20th of July 1969 on the Apollo 11 mission in the sea of Tranquility.

At the time, some data originated from official networks had been picked up by amateur radio astronomers and circulated extensively. According to them, the first words of Neil Armstrong after the moon landing of the lunar module and after a few moments of amazement, purportedly were about the crew being observed by threatening large vessels lined up in front of them… ! Let’s bear in mind that Astronauts and all NASA employees are bound by secrecy imposed on them.

In 1972, during the last Apollo mission (Apollo 17), Dr Farouk El Baz mentioned the observation by the astronauts. During the first revolution around the Moon, Harrison Schmitt saw a powerful light flash that almost blinded him. The flash came from North of crater Grimaldi, precisely from the very same spot where the Apollo 16 crew had reported the same phenomenon

Schmitt recognized that there were other things on the Moon : domes, strange shapes and infra-structures. The next day during the 14th revolution, his crewmate Ron Evans reported a lightening just as bright emanating from the edge of the Eastern sea and marvelled at it. Dr. Farouk El Baz also commented on it : « I can’t understand and much less explain these light flashes. I don’t think there is any room for doubt here. These phenomena cannot be natural.

These discoveries reported by George Leonard were then confirmed by researcher Steven Greer (2). The latter has reported that the photographs of the Moon taken by the Lunar Orbiter probe (prior to the Apollo moon landings) revealed features of artificial structures. He also added that a base had been discovered on the hidden face of the Moon ; there were huge towers and large dome-shaped constructions.

All of these (little known) testimonies concur to prove there is indeed life on the Moon, even in the material plane. Despite its barren and inhospitable surface our astronauts did not discover a dead and uninhabited satellite as usually pictured. Far from it ! These discoveries are no doubt of significant philosophical and spiritual import. But the cloack of secrecy continues to shroud this branch of knowledge.

(1)  George LEONARD,”Somebody else is on the Moon”.