UFOs sucking up water from lakes 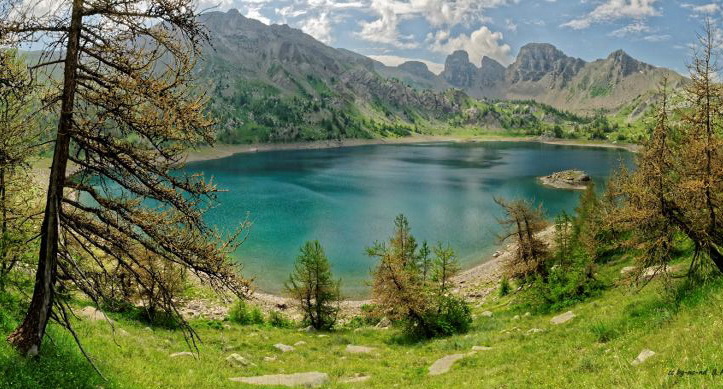 It is recommended to read the two previous articles entitled « The Moon is inhabited » before you read this one.

Yvan and Cynthia, two Amerindians relate : « « More than once, we’ve seen flying vessels here to syphon water out of the lake. They just station above the water and then you see water rise. It’s like a reversed shower. It’s a large unbroken water spout sucked up into the vessel. Both of us have seen those vessels and so have our children. Our house is the last one on this road on the reservation and our nearest neighbor lives 11 miles away. » (1)

This account – which in itself is unbelievable – is a demonstration of how to master matter to syphon water from a lake – which of course is beyond human abilities and this has been observed on numerous occasions in different forms. It also shows that Yvan and Cynthia were accustomed to witnessing these events which to them were not that extraordinary although this type of phenomenon is virtually unknown by people. This water syphoning is carried out in lakes remote from civilization in order not to be seen. That is why this practice remains unrevealed. Their daugther Lydia once had the opportunity to come upon occupants of these UFOs when they were landed near the lake. She was a child at the time and she described them as beings wearing strange bulbous glasses. This description reminds us of the little grays (usually referred to as such) with their almond-shaped eyes and so does the description of their physique (short,spindly limbs and torso, clad in tight jumpsuits). This comparison provides a direct connection with those beings admittedly ackowledged as UFO occupants.

Another similar observation was reported by Ingo Swann. He was taken near a lake by three men who already had seen a similar event while on a secret mission. He believed this was taking place in Alaska. It was dark when he saw – with his own eyes – a craft materialize before them and suck up water from the lake. He described the scene as follows : I saw the water rise as if it were a reversed waterfall sucked up by the craft. » (2)

George Leonard – author of the book « Somebody Else Is On The Moon » (3) also wrote « The subject of pumping water in Canadian lakes, among others, has been covered by so many well-documented reports that it cannot be unheard of. Minors, trappers, fishermen have seen and described small humanoid beings climb down their flying saucers and plunge pipes into the water. In September 1950, newspapers – not prone to sensationalism – recounted the story of a couple of fishermen who saw from a distance of about 100 yards, occupants of a UFO and the way they managed to pump water out of a lake. There are innumerable reports comparable to this one». He wrote these lines more than forty years ago.

These accounts about UFOs sucking up water – given that one of the witnesses mentioned beings looking like « little grays » – show for a fact that the occupants of these UFOs have a regular need for water. At the time of space exploration back in the 60s and 70s a large number of mysterious craft sightings were reported by astronauts around the Moon and even on the Moon (but all related information was censored). It is then logical to make the connection between the said space crafts (UFOs) and the Moon inhabitants. It was indeed shown in the two previous articles that there are numerous proofs that the Moon is inhabited.

We can make the assumption that UFO occupants do need water to live inside of their vessels or at their lunar bases. Water reserves are indeed limited on the Moon. Whatever it may be, the fact they come to Earth to regularly replenish their water supplies, away from prying eyes is proof in its own right that they are present in our environment although these events are not known by the general public.

George Leonard’s opinion is that the denizens of the Moon are self-sufficient for most of their own needs but it is nonetheless likely that to some extent they are scroungers on our planet. On its surface, the Moon is totally barren. Even if they have underground shelters enabling certain forms of growing or perhaps farming, they still need vital raw materials such as water which they find on our planet.